Mediterranean Record Challenge: Yvan Bourgnon and his son on standby

With their Nacra F20 all-carbon sport catamaran, Yvan Bourgnon and his son Mathis aspire to indulge the maximum of lightness and speed. Their objective is to beat the record of crossing the Mediterranean between the cities of Marseille and Carthage.

They hope that their outstanding machine with a length of 6.20 m and width of 3.20 m, driven particularly by a high performance asymmetrical spinnaker and equipped with curved foils, will allow them to do better than Vittorio and Nico Malingri. 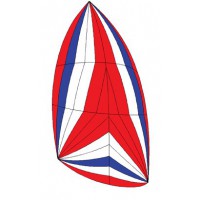 In fact, the two Italian sailors too; father and son, had improved the first time reference of Yvan Bourgnon and Jérémie Lagarrigue by making the crossing in 1 day, 18 hours and 58 minutes almost a year ago, in August 2017.

The Swiss skipper and his 21 -year old sonny are on stand-by until September 15.

As soon as they get the opportunity, they will launch their Nacra 20 sport catamaran from Cap Caveaux lighthouse on Promègues island in Marseille. Then, they will sail along Corsica and Sardinia’s western coasts. Later on, the crew will head to Tunis Bay to complete their journey of nearly 850 km (455 nautical miles) at Carthage Cap.